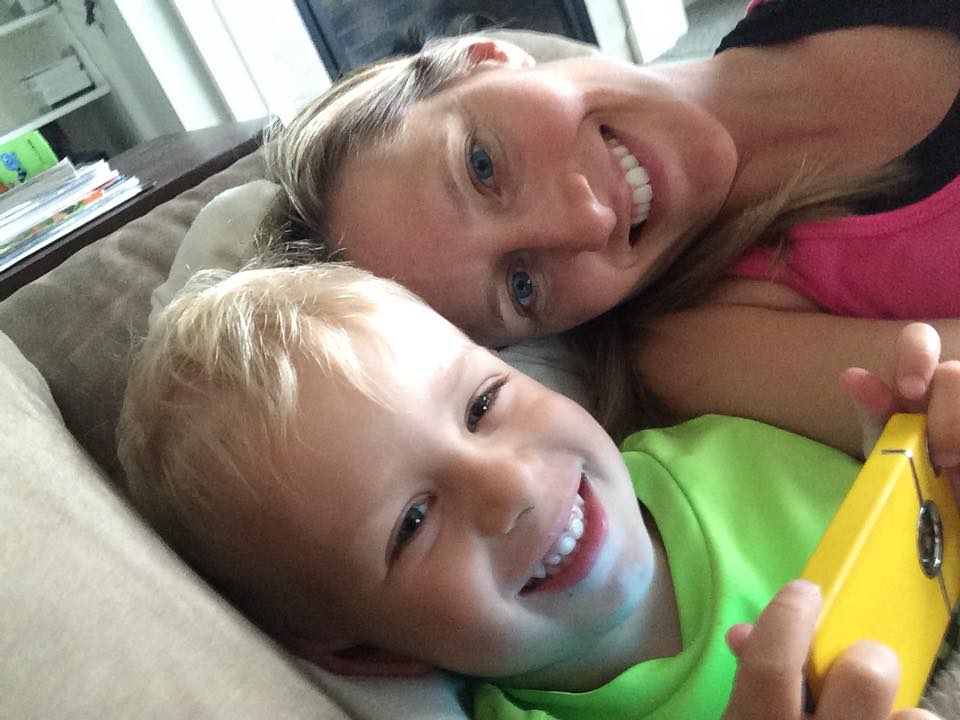 It’s been nearly three years since Tommy Ruddy passed away from diffuse intrinsic pontine glioma, but mom, Amanda, says these past two weeks have been two of the most difficult.

“It’s a culmination of all the things normal life throws our way on top of the horrific reality we come home to every day,” she wrote on Facebook. “I guess that’s the waves they explain in the grieving process. The ones that bring you to your knees.”

Tommy would have started third grade this month. He would have turned nine in November. He would no doubt be playing baseball and other sports.

Instead, he is forever five, and Amanda, Tom, and sister, Isabella, are left missing him and doing what they can to honor his memory.

In early August, that came in the form of attending the Western Michigan Whitecaps baseball game in Grand Rapids. Former Detroit Tigers pro Brandon Inge was there in support and Isabella threw out the first pitch.

On September 28, the Ruddys will host the 3rd Annual RunTough for Team Tommy event at Countryside Greenhouse in Allendale.

“This event has been powerful each year,” said Amanda. “Seeing so many friends and supporters out to honor Tommy is something that touches us deeply, and we’re glad to recognize other children as well.”

“Nothing can bring our kids back, but it means the world to know so many people care and remember them,” said Amanda.

Individuals who would like to participate should register by Friday, September 6 to guarantee a race shirt. Anyone unable to attend the Allendale event can register as a “Virtual” runner and receive a shirt in the mail.

Raising funds for DIPG research is a way the Ruddy family has kept Tommy’s spirit alive. He was a giver by nature, even buying presents from the hospital gift shop for friends when he was undergoing radiation treatments.

“DIPG research has been close to nonexistent for far too long,” said Amanda. “The past five years have really changed that, and progress is being made. Family fundraisers and foundations are critical to that effort.”

Since DIPG is considered rare in the medical community, it is underfunded. In fact, pediatric cancer research as a whole receives less than five percent of allotted federal dollars.

“It feels good to be able to do something tangible to advance DIPG research,” said Amanda.

Donations, sponsors, individual fundraising events, marathon runners (including Tom Ruddy), and RunTough for Team Tommy have all contributed more than $145,000 to DIPG research through The ChadTough Foundation.